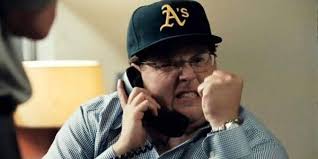 In 2006 Chris Miranda founded MAC Safety Inc. , prior to founding MAC, Chris served as a safety manager / director for Sysco Foods for 8 Years.  Fast forward a decade MAC Safety Inc. was staffing large industrial jobs across the U.S. while also working with over 200 general industry clients ( Heavy Manufacturing, Pharmaceutical, Food Manufacturing, Healthcare, Transportation, etc.).  Along the way quantifying safety performance for companies was always the hardest hurdle.  Like all within the industry we relied  Incident Rates, TRIR’s, EMR’s, Near misses, Unsafe Actions,  to value a companies safety performance.  We were wrong.  The data we continued to review had no true predictive value on the future, or lended itself to current performance.  Instead, it was unrelated past events lacking measurement of process.

It was during this time that MAC Collectively realized there was a problem, no tool existed to measure safety, and no, not count outcomes, but truly measure safety as its taking place in the work environment.  Thus, NIXN was born.  We went to Carnegie Mellon recruited the best and brightest to help us solve what we as whole feel is the looming problem within the industry – Zero injuries for 7,838,724 days, does not ensure zero injuries today, nor does it give anyone within the company any sort of trend of performance.

“You know, it was right around this time that I ended up taking a weekend in Las Vegas, which, let’s be honest, is as good a place as any to have a philosophical epiphany. I was sitting there Friday night, I was playing blackjack and the casino was absolutely packed.  I was sitting over on the third base side of the table and the player sitting on the first base side, he was just playing terribly. I mean losing money hand over fist, and it seemed like, you know, every 15 minutes he was dipping into his pocket for more cash. And one particular hand, the dealer dealt first two cards- 17, she basically passed right over him as she dealt the next round until he stopped the dealer, and he said, no, no dealer, I want to hit. She paused, I think almost feeling sorry for him. And she said, sir, are you sure? And he said, absolutely, I want to hit. She produced the card and sure enough. It’s a four, right? The place goes crazy. I mean high fives all around. Everyone hooting and hollering and the dealer with total sincerity looked at the player and said, well, a nice hit.  I thought to myself, nice hit. I mean, just because it worked, it didn’t justify the decision. I couldn’t get this out of my head. I basically spent the rest of the weekend wandering around the casino, largely because I lost all my money playing blackjack, sort of wandering around thinking about how the casino works.  And what struck me was that while the casino is certainly concerned with outcomes, I mean after all, they’re there to make money. The way they achieve those outcomes is with an absolute laser like focus on process. And it’s not just the rules on the table, games that stack the odds in their favor.  It’s things like, like the carpeting, the lighting, the way you have to navigate through the property, all the way down to that hulking pit boss standing over you at the table. It’s all about process. And they believe that if they’re vigilant about sticking to their process, that in the long run they’re going to win.   And in case you haven’t noticed, you know, they normally do. I started thinking about how we might be able to take a similar mindset and bring it into baseball. So years later I was sharing this story with a friend of mine. He turned me onto a book called winning decisions. And then there was a very simple matrix of process and outcome, each one being either good or bad.  So in the upper left hand corner, it was good process, good outcome. Right? They called this deserved success. This is where we all want to be. It’s where most great companies are. It’s where most championship teams are. In fact, it’s where most great individual players are. You know, think Tom Brady, right?  He has an incredible work ethic. He watches, uh, an incredible amount of film. He has a relentless diet. He’s always prepared, right? He’s always prepared, and more often than not, he’s successful, right? Good process, good outcome.To the right you have good process, bad outcome. Right.  This can be a tough place to be. This is a bad break. This would happen to a casino when a player hits on 17 and manages to get her four, or what happens to Tom Brady when he throws the perfect pass, but it goes through the hands of his receiver and ends up as an interception. So the question is, when we face those situations, what do we do? You know, do we indict our process? You know, if Tom Brady throws an interception, should he go back and change his entire preparation routine. No. You know, he has a good process, but this can be a difficult place to be because if you’re not as sure about your process, you know, people will look at the outcome and say, well, geez, that didn’t work.  You know, you’ve got to change something up. So this can be a really tough place to be. The tougher place to be is down a level, which is bad process, good outcome, right? Player hits on 17 and manages to get a four. You know, cause oftentimes we do believe that the outcome justifies the process.  So if we get a good outcome, just one time, you know, we tend to repeat the process that got us there. You know, it’s why lottery winners continue to buy lottery tickets afterward. But what ends up happening is if we repeat that same bad process over and over and over again, we’ll just have basically a string of losses until maybe finally we get frustrated that we can’t get that same good outcome we got once upon a time. And then lastly, there was bad process, bad outcome, uh, which the authors called poetic justice, which seems appropriate.”

Paul DePodesta was the Asst. General Manager for the Oakland A’s, and many say the reason why Billy Beane’s data infused methods worked.  Like many safety professionals DePodesta lack resources ($) and found a unique way to win – Laser focus on the process.  Thats NIXN in a nut shell enabling users to measure real time process and receive quantified results in real time.  The resulting data sheds light on performance, how well your internal processes are working independent of the outcome and where change needs to occur.

Like most Moneyball, big data, and Paul DePodesta have inspired the MAC team to think deeper into what we collect, how we collect it, and how we then turn that into tangible data points that allow CEO’s, Shareholders, Site owners, Insurance carriers to assess safety, and align with company initiatives. We often talk internally at MAC about how safety professionals are like scouts for a MLB organization, experienced, have played, spend a majority of time in the field getting to know the players, and know the tangibles to look for. The best scouts today know how to quantify those tangibles into real data points upper management can use to make an informed decision.

NIXN disposes of the burden that historical safety data places on us.  We can’t forget that bad accident or the luck we had with a near miss.  Instead, NIXN focuses on the expected value with incidents.  The software examines your actual activity level data in real-time (not history) to calculate the expected value of an incident, injury, and total risk.  This is scientific, not anecdotal.  This is scalable, repeatable, and more importantly, it cuts through luck and bad breaks.  NIXN is the next generation of your safety program, because it makes expected values of risk and injuries visible and predictive.